Yes, it’s 30 years since the Berlin Wall fell. But, did you ever wonder what happened to those fairy-tale cities behind it? Did they remain fairy-tale or fall into ruin under 50 years of communism? This trip goes behind that now proverbial wall to see these jewels: Budapest, Vienna (okay, was always in front of the Wall), Prague, Dresden, and Berlin (partly behind it). 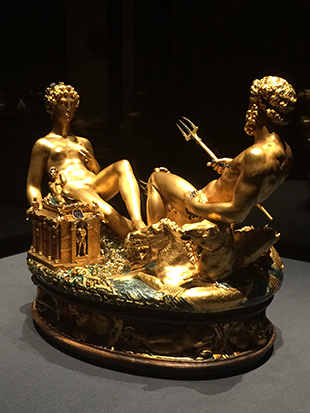 Budapest’s castle towers over the Danube, graced by the Chain Bridge, in this city of spas. Wide boulevards are lined with restored Belle Époque buildings while others await renewal. Neo-baroque architecture predominates, especially with the National Museum, Heroes Square and the magnificent Széchenyi Thermal Baths, Europe’s largest medicinal baths.

A Danube dinner cruise shows off the castle in all its nighttime splendor. A cooking class is in the farmer’s market designed by Eiffel, yes, the same architect of Paris’ famous tower. Go to the 14th century Gödöllö Palace, home to Hungarian royalty and Austrian Empress Sisi. Then have a wine-paired dinner near the incredibly restored Gresham Palace, at the foot of the Chain Bridge.

Vienna is immersed in its omnipresent imperial past with 21st century touches of modernity. Experience the past dining at the Hotel Sacher before a Musikverein concert. See the Hapsburg Palace, an incredible museum. One day go up the Danube to Melk and Durnstein. The Spanish Riding School is a must. Then top it off with a cooking class.

The next jewel is Prague, unspoiled by wars. Home to Václav Havel’s Velvet Revolution, its castle of kings, the historic Charles Bridge, beer, crystal, the Jewish Quarter, Museum of Communism, and Frank Gehry’s Fred & Ginger. Tour a brewery and a glass blowing operation.

Before Berlin it’s Dresden, a baroque jewel flattened in WWII for no strategic reason. Fortunately, its signature 18th century Frauenkirche, where Bach performed in 1736, was rebuilt with original stones. Some laid beside its ruined walls as a memorial for 50 years.

Berlin’s the epitome of today’s Germany: rejuvenated, youth-filled, ever-exciting. Much to see, to do. A Spree River cruise gives a feel for the city. Days can be spent on Museum Island, its cultural heart. Near Alexander Platz are young artists’ galleries and their hole-in-the-wall restaurants serving fabulous food. Potsdamer Platz is its beacon of modern architecture. Climb Norman Foster’s Reichstadt. Walk to the Brandenburg Gate. Go to a Berlin Philharmonic concert, to Checkpoint Charlie, to Museum Island, to Berlin’s answer to Central Park, the Tiergarten. So much to see, so much to do – so little time. 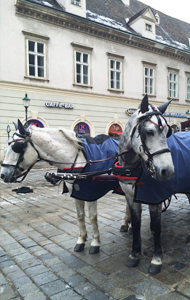 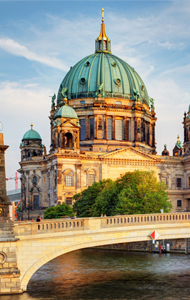 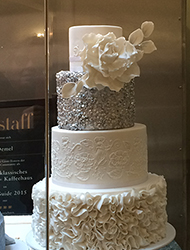 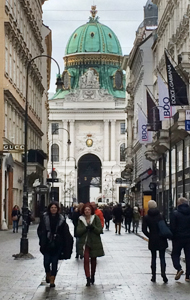 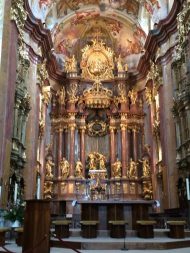