Music sets the tone from the Luzern start: Richard Wagner’s home and a concert at the Luzern Music Festival in the fabulous KKL which hovers over the lake, designed by Jean Nouvel and an American acoustical engineer. 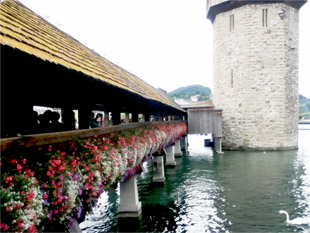 Learn the history of the world’s saddest sculpture (Mark Twain’s words), the Lion Monument, and how the lake’s historic covered bridge went up in flames in the ‘90s. Stanserhorn’s open cable car gives a regional panorama. Then to St. Gallen’s gothic cathedral and phenomenal library, UNESCO World Heritage sites.

The Gotthard Express goes south by boat and train to Lugano, Switzerland’s Italian side. At Bellinzona exam the three restored fortresses, also UNESCO sites, which guarded medieval trade north. Pollegio’s museum for the recently opened 35-mile St. Gotthard Tunnel, exemplifies Swiss engineering at its best and it was built with granite shards from the drilling. The remote Verzasca Valley shows Swiss life 100 years ago.

Taking the Centovalli train opens another window on remote Switzerland. The valleys lead over the Simplon Pass to the Rhone Valley’s Lake Geneva. This beautiful wine-growing region is a third UNESCO site. Attend a concert at Montreux’s Stravinsky Hall. A must see is the Charlie Chaplin Museum! 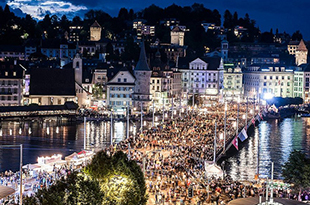 Then to Basel where three countries meet the mighty Rhine. The multi-cultural historic city of Erasmus, 35 museums, and Tiguely, their whimsical sculptor whose work graces many corners and his namesake museum.

Spend a night in picturesque Ittingen. Never heard of it? Not many have. It’s a restored medieval monastery with a small hotel, a baroque church, art galleries, farm animals, a vineyard, gardens, and the quarters of the Carthusian monks who lived there 850 years ago.

Back to Luzern for a Michelin-star dinner before a final festival concert. One last stop is in tiny Regensberg (pop. <200) before heading home: unspoiled, medieval, walled, vineyard covered hillsides, a secret and precious jewel – 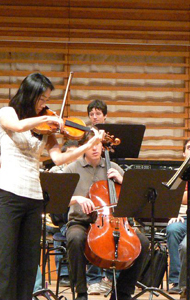 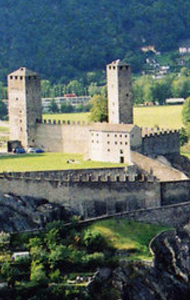 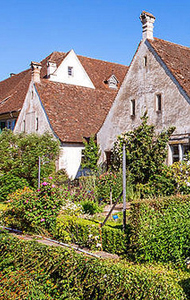 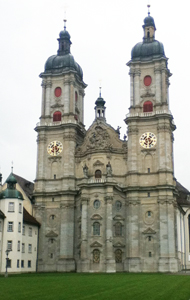